1. through product or service or vendor domination in a specific market, sector or network

2.  by mandate through a governmental or authoritative body, agency, statute, regulation or law

3.  through a voluntary, consensus-based approach with an open, transparent and collaborative process

A voluntary consensus-based approach to data standards is the most successful method.  A groundbreaking report from the Delphi Group in 2003, from which PESC based most of its strategy and operations, highlights the value of standards and key factors on community views and perceptions of standards bodies.

Extending the Capacity of Higher Education to Scale

the Output of Verified Workforce-Ready Graduates

Automating Reverse Transfer for the

to the Academic Transcript

University System of Georgia Board of Regents

Implementation of High School and

via Ohio Board of Regents 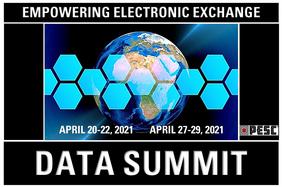 The PESC 22nd Annual Best Practices Competition recognizes, highlights and promotes innovation and ingenuity in the application and implementation of interoperable data standards for business needs.

First held in 1999 and awarded to the Ontario Universities' Application Centre (OUAC) for its submission, "Model of an Electronic Standardization Initiative: Ontario Universities Electronic Transcript (OUETS) System," the Annual Best Practices Competition is open to institutions, associations, organizations, government agencies and departments, districts, consortia, non-profit and commercial service providers and other education stakeholders that have collaborated to design and/or adopt an electronic standardization initiative via a specific implementation, and/or other medium such as, but not limited to, published articles, white papers, pilots and demonstrations.

The PESC 22nd Annual Best Practices Competition is open for submissions through Friday April 17, 2021.  Submissions can/may include documentation, artifacts and descriptions of the scope of a project, participants and partners, types of standards employed, relevant dates and project milestones, copies of articles (if an article submission), outline of mission/objectives and any related statistics (# of transactions transmitted, estimated cost savings, etc.).

The 22nd Annual Best Practices Competition for 2020/2021 is open. All entries and submissions should be submitted by April 17, 2021 to Michael.Sessa@PESC.org or at:

All entries will be judged by the PESC Board of Directors.  First place and those receiving special recognition will be notified immediately by PESC, an official public announcement will be made immediately before PESC’s Spring Meeting held in Washington DC at the Dupont Circle Hotel, and the award ceremony will be made during the General Session.