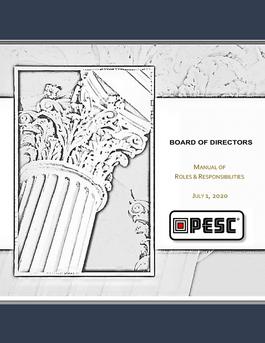 Matt Bemis is the Associate Registrar at the University of Southern California (USC) and is responsible for the Degree Progress Department operations.  In this role, Matt serves as the Administrator over Degree Audit and Transfer Credit applications, serves as USC’s NCAA continuing eligibility certification officer and manages Curriculum Services.

Matt is also the Project Lead for the Electronic Data Interchange (EDI) initiative at USC (transcript processing) and recently served as the Chair for the AACRAO Standardization of Postsecondary Education Electronic Data Exchange (SPEEDE) Committee.  Matt has served as the Pacific Association of Collegiate Registrars and Admissions Officers (PACRAO) Program Committee Chair, serves on the PESC Board of Directors, is Co-Chair for the PESC Education Record User Group (ERUG), and is Co-Chair and Steering Committee Member of PESC’s Global Education Organization (GEO) Code.

Kristi brings over 27 years of financial aid experience to her current position as a Systems Integration Analyst at Ascendium Education Solutions (formerly Great Lakes Higher Education).  For over two decades she has been a leader in many industry initiatives such as CommonLine processing, development of Common Record: CommonLine (CRC), and guiding it through the process to become a PESC Approved Standard.

Kristi has been a PESC Board member since 2011 and has been serving on the Standards Development Forum’s Steering Committee since 2009.  She has been an active member on the Change Control Board (CCB) for 14 years and has been the Chair for the last 11 years.  Through these leadership positions, in collaboration with the Technical Advisory Board (TAB) and as CCB Chair, Kristi is a positive influence and champion of PESC initiatives.  She ensures public collaboration, feedback and guidance to every PESC development workgroup and to external organizations and initiatives looking to analyze, compare and map PESC Approved Standards with new and/or existing data sets, ensuring uniform decision-making and consistent design methodology.

Previously she served as the Co-Chair of the Development Workgroup within PESC leading the creation and publication of the Student Loan Portfolio Detail Report – now a PESC Approved Standard and is involved in the ongoing Student Aid User Group.  For 8 years, Kristi held the position of Co-Chair of the Origination Standards Advisory Team (OSAT) within NCHELP’s Electronic Standards Committee (ESC) setting the data exchange standards for the Student Loan Industry.

​EXECUTIVE DIRECTOR, COUNCIL ON ADMISSION AND TRANSFER OF NOVA SCOTIA

Ruth Blades is the Executive Director of the Council on Admission & Transfer for Nova Scotia Inc. (CATNS).  What began as a project in 2013 has become a thriving, incorporated entity in 2021, with Ruth as the sole employee. Throughout this time, she has led the eleven universities and colleges in the province in the development of systems that support student enrolment and mobility, including electronic transcript exchange, an application gateway, a transfer credit equivalency database and a common spring & summer course database for Nova Scotia.  Ruth has been a member of CanPESC since 2015 and CATNS has been a member of PESC since 2020. She is an active participant in many CanPESC initiatives – Standards Upgrade Pathways WG, Standards of Practice WG, Common Digital Layout WG, Institutional Codes Survey WG, and Standards WG/Liaison to PESC Standards Forum – and PESC working groups - GEOCode (sub-country administrator) and JSON Working Group.

In 2019 the work of Ruth and her colleagues was recognized by PESC with CATNS being awarded first place in PESC’s 20th Anniversary Best Practices Competition for their MyTranscripts system.  Over her 30+ year career Ruth has held senior positions in both the public and private sector in Nova Scotia, including nine years in the Registrar’s Office at Dalhousie University. For 11 years she applied her skills to consulting engagements focused on strategic planning with clients in many sectors including higher education, economic development, and immigration. She holds a Bachelor of Commerce (Finance) from Saint Mary’s University and a Master of Library and Information Studies from Dalhousie University, and is a certified Project Management Professional. Ruth has also served a both a director (2016-2017) and Vice-Chair (2017-2021) of the Board of Directors for the Pan-Canadian Consortium on Admissions and Transfer.

Doug Falk has served in technology leadership positions for 17 years at the National Student Clearinghouse, where he is currently Vice President and Chief Information Officer.  As CIO, Doug provides vision and leadership for information technology initiatives that align with business goals to improve client responsiveness, quality, security and compliance, and cost effectiveness.  He is responsible for providing leadership across multiple areas, including development, implementation and governance of information systems, enterprise architecture, information security, and technology infrastructure.

Prior to being named CIO, Doug was the Clearinghouse's long-time Vice President of Information Technology and CTO. He was instrumental in developing the Clearinghouse's Web-based application services and its data management capabilities.  Doug has been a member of the PESC Board since July 2002, and served as Board Chair from 2014 - 2019.

David K. Moldoff, Founder and CEO of AcademyOne, Inc., is a visionary in higher education responsible for AcademyOne’s overall strategy with specific emphasis on the technology infrastructure, integration of applications and services as well as exploiting his vast industry network with regards to sales, strategic partnerships, associations, etc.  David is a successful entrepreneur with over 34 years of experience in launching and managing new companies and new products in technology for higher education.

Before forming AcademyOne in 2005, David was SVP of Solutions Architecture and Infrastructure for SCT, which he was instrumental in selling to SunGard in 2004.  Within PESC, David currently serves as Co-Chair of the EdExchange User Group, on the Steering Committee of PESC GEO Code User Group and active in the Academic Credentialing and Experiential Learning Task Force.  David serves as PESC Board Liaison to the Rome Student Systems and Standards Group (RS3G) – now converged with the Groningen Declaration Network, served as Co-Chair of the EdUnify Task Force, and was instrumental in the formation of the Common Identity and Trust (CommIT) Collaborative initiated by PESC’s Electronic Authentication/Authorization (EA2) Task Force which partnered with Internet2.

Michael serves as President, Chief Executive Officer, and a member of the PESC Board of Directors, a position he's held since 2002. At PESC Michael manages PESC’s membership, finances, events, marketing and website, strategic planning and PESC’s committees and groups. He began his career in 1990 at a local branch of The Boston Five Cents Savings Bank in student loans and consumer lending & compliance and has dedicated his efforts to standardization and interoperability ever since. As evangelist at PESC, Michael speaks regularly at conferences and events throughout the USA, Canada and around the world. Michael first served on the PESC Board of Directors from 1999-2002, representing American Student Assistance (ASA) and the National Association of Student Loan Administrators (NASLA), before coming on board in 2002.

Prior to PESC, Michael worked 10 years at American Student Assistance (Massachusetts Higher Education Assistance Corporation) as Director of Program Relations and Planning managing industry and government affairs and strategic technological initiatives.  Michael is a 1989 graduate of Dartmouth College and was born and raised in Revere, Massachusetts, just north of Boston.  He currently resides in Washington DC where PESC is headquartered.

Monterey Sims is the Director of Admissions and Evaluation at the University of Phoenix; and currently serves on the PESC EdExchange Steering Committee and Chair of the PESC Seal of Approval Board. She has worked at the University for 27 years enabling her to connect with technology challenges, ideas, and solutions daily. Monterey is directly responsible for the Office of Admissions Document Processing division which includes overseeing centralized document services for Admissions, Records, Internal Veterans Affairs, and Financial Services. She strongly believes in root cause analysis, continuous relentless improvement and collaboration. She spearheaded the implementation of electronic data exchange at the University over a decade ago and continues to enhance related processes and partnerships through her work in PESC and AACRAO.

Rick has been a long time member of PESC as a member of the AACRAO SPEEDE Committee, as a member of Kuali, and was on the Committee that formed the foundation for what became PESC.  He has worked with national and community standards groups for more than 20 years through his work on SPEEDE.  He was a member of the PESC Board since July 2005, for more than 9 years and had to step down from his position on the Board for one year because of a change in employment.

Rick worked at the University of Oklahoma for more than 38 years and retired from that institution at the end of October, 2012.  He worked for the Kuali Foundation for two years and is now working for Ellucian.  Rick is very interested in returning to the PESC Board to continue the work he has been involved in for so many years, and believes his past experience as well as his new position give him a breadth of experience that is very valuable to the organization.

Prior to coming to FIU, Francisco was the Associate Director of Financial Aid at the University of Maryland, College Park for 15 years.  Francisco is currently serving on the PESC Board, and is the Federal Legislative Relations Chair for the Florida Association of Student Financial Aid Administrators (FASFAA). He was also the 2013-2014 Chair of the NASFAA Technology Initiatives Committee.  He has served on many NASFAA committees including the Reauthorization Task Force, Technology, Need Analysis, and College Access. He has presented at State, Regional, and National Conferences in such diverse areas as Technology in the Aid Office, Using Diversity in packaging financial aid, Gramm-Leach-Bliley as it applies to financial aid, Hot topics for Grad and Professional Financial Aid, Disaster Preparedness, BBAY Loans, and many others.  Francisco has served on the PESC Board since July 2006.

Jason Weaver joined Parchment in 2010 and currently leads the product and design teams in his role of Senior Director of Product Management. In his work, Jason brings extensive practical data expertise from across large scale digital credential initiatives, and has served as a partner and consultant on a myriad of projects with state agencies to implement data exchanges at scale, including Indiana, Montana, and West Virginia. Jason is responsible for Parchment’s product strategy, roadmap, solution design, partnerships, and standards compliance. Jason has served as the volunteer co-chair of PESC’s Education Records User Group from 2014-2018. Jason holds a B.S. in Information Science and Technology from Penn State, and currently resides in Omaha, Nebraska.

Vivian W. Wong is a dynamic, outcome driven, and accomplished executive who brings a wealth of experience and talent in developing world-class software in leading global engineering teams. She is an excellent collaborator and communicator with strong leadership skills, with over 20 years’ experience building on-premise, SaaS, and mobile products for PeopleSoft, Oracle, Taleo, ServiceMax, and TargetX.

As Group Vice President of Oracle Higher Education, Vivian currently leads the product development team at Oracle for higher education. Under her direction this team is building a next generation student information system - Student Cloud - which through its groundbreaking approach to empowering institutions and students globally will disrupt the industry.

Vivian is strategic, results-oriented and highly focused on customers’ success. An expert at building, transforming and leading high-caliber teams, Vivian is talented at fostering an empowering, fun and collaborative environment to unleash the full potential of an organization. Vivian is a strong customer advocate; she ensures quality, usability, performance and scalability are always designed and built into the solutions she delivers.

Vivian is passionate about making the world a better place. For team bonding, she leads her teams to practice philanthropy. Among other personal and professional endeavors, she currently serves on the Board of Directors for IMS Global.

BOARD OF DIRECTORS & STAFF FY2021
MANUAL OF POLICIES & PROCEDURE 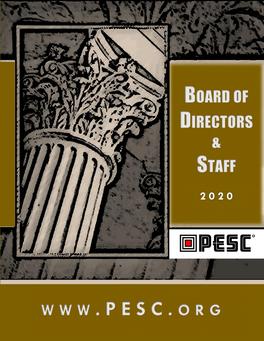