as Institution or Source Code is Needed

in Nearly Every Application & System

Unlike Other Services Which Are

Provided on a Subscription-Paid Basis

with an Open Architecture Using

GEO Code is Proven and Trusted

Are Already Using the

GEO CODE is a 'look-up' service offered & operated by PESC & directly managed by PESC Members. The foundation of the service is a directory 'look up' server listing active and inactive institutions, including historical data, additional demographic and identifier data.  Countries currently listed:

GEO CODE began as a project of PESC's Global Data Mobility User Group (the GDM launched at Spring 2016 Data Summit). At the first GDM meeting, the need for a single institution code set surfaced as one of the highest priorities.  With today's technological innovation, and open, transparent collaboration (the cornerstone of PESC's foundation and guiding principle) and having finally reached the tipping point whereby most experts agree that such a code set is not only needed, but now impacts data quality, cost and fraud, all contribute to the conclusion that such a list is now a necessity.

GEO CODE is currently live in production with an online directory.​ PESC has partnered with AACRAO, Educational Credential Evaluators, the Groningen Declaration Network and the University of Southern California.

The GEO CODE User Group established a Steering Committee in 2017 at the Spring 2017 Data Summit, ultimately governed by the PESC Board of Directors, to administer more direct management, oversight and strategic planning of GEO CODE. The Steering Committee is made up of nine (9) PESC Member representatives, is diverse, representing the various sectors across education, is semi-autonomous, and is responsible for the overall management of GEO CODE.

GEO CODE is live in production with an online directory.  The original pilot by the University of Southern California and IERF is also still in production.  The GEO Code is seven (7) digits:

The User Group is assigning this unique Global Institution Code to institutions as it adds and enters them into the directory. The University of Southern California has already integrated components of this service into production as a pilot.​

As a driving principle and in alignment with PESC’s mission, use of the Global Education Code is free and open to the education community.

The GEO CODE User Group, now in partnership with AACRAO and the Groningen Declaration Network, is open to its Signatories and delegates free of charge (previously the User Group was limited to PESC Members).

There are three main ways to participate:

3) endorse or partner with PESC 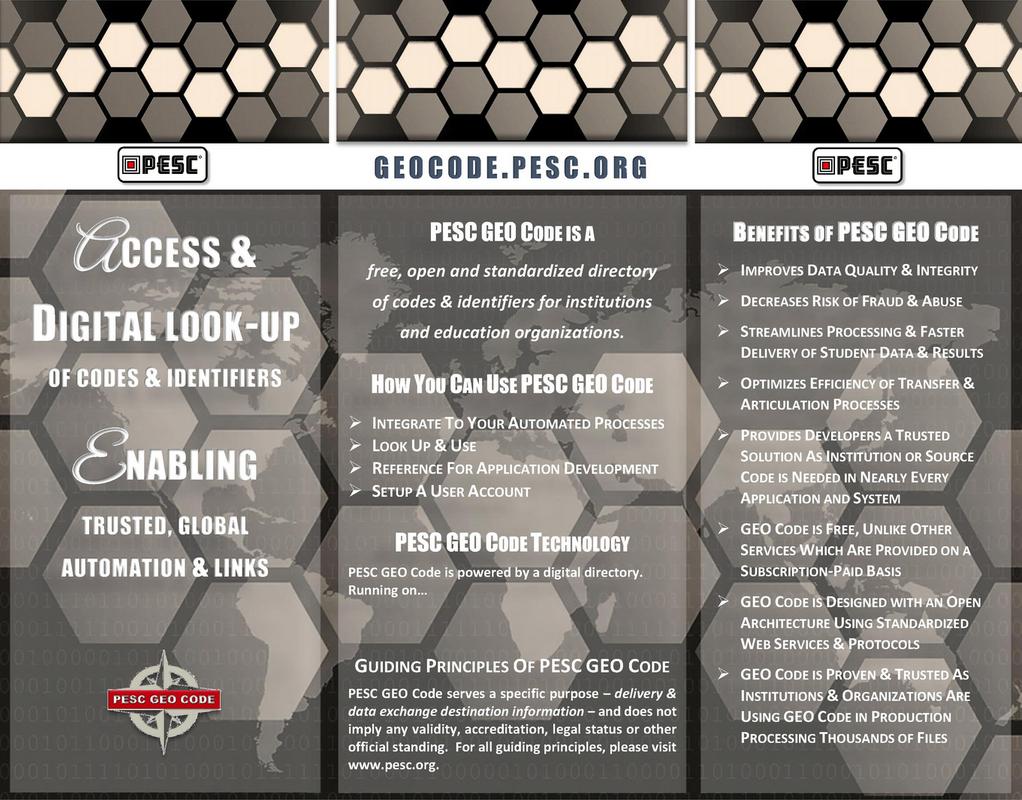 ​is a free, open and standardized directory

of codes & identifiers for institutions 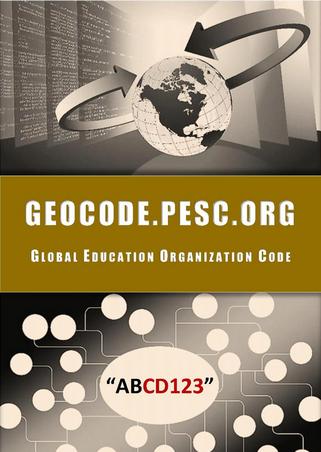 is governed by a
PESC User Group &

For more information on the

How You Can Use 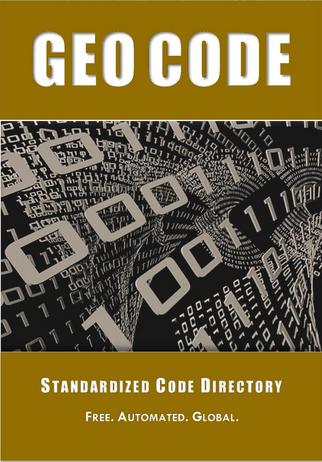