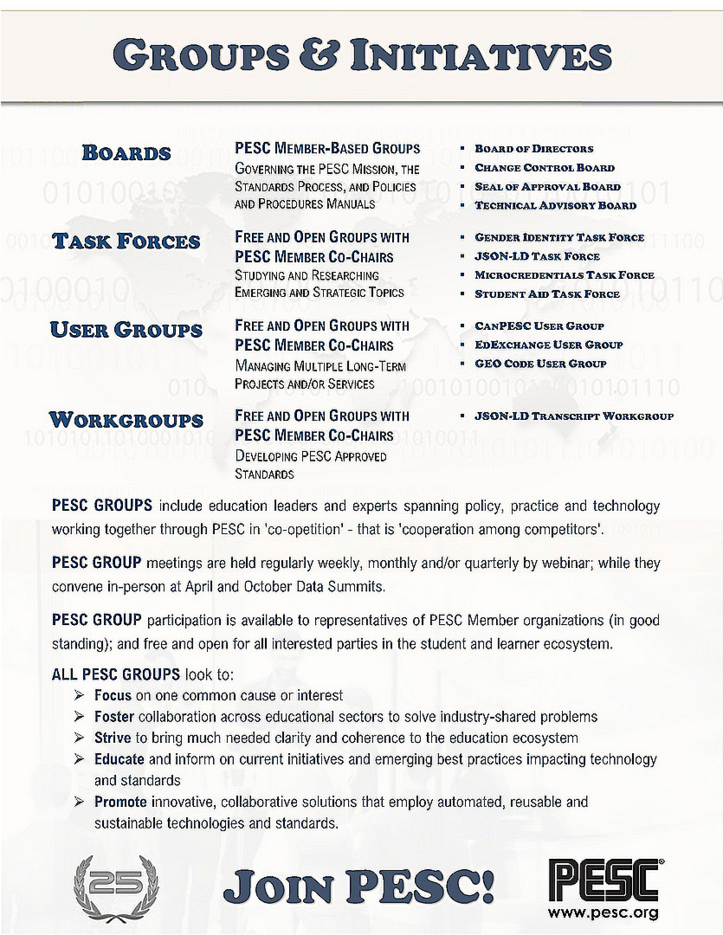 ​​Whether you have a question about a

or to join a PESC Group or

as a Member or Sponsor,

PESC wants to hear from you!

PESC also wants to hear from you if you have

Simply give us as much detail as possible.

If you have a file or document to share with PESC,

you can submit that online too!

The Board of Directors of the Postsecondary Electronic Standards Council (PESC) consists of twelve (12) elected representatives from Member organizations (serving two year, staggered terms) and the President & CEO who together have overall authority to govern PESC and administer all corresponding policies and procedures. The Board of Directors abides by Roberts Rules of Order and the PESC Board Manual of Roles & Responsibilities; and meets monthly (virtually), in-person at annual Data Summits, and for its Annual Retreat each June.

The Global Education Organization (GEO) Code looks to establish a standardized methodology in order to develop a global directory service of institution and education organization codes.

PESC launched the JSON Task Force in 2017 to investigate and determine PESC's approach to JSON.  In 2018, PESC and A4L joined forces in an attempt to provide a unified strategy and approach to JSON across education.  At the Fall 2018 Data Summit, Credential Engine joined the Task Force to help lead the path toward JSON-LD.

The JSON-LD Transcript Development Workgroup is an open, collaborative group focused on establishment, adoption & implementation of a PESC Approved Transcript Standard in JSON-LD Technology that can be used by institutions, state and provincial educational systems, employers, students, learners, vendors, service providers, federal agencies and all stakeholders in lifelong learning to facilitate the exchange of transcript data.

The Standards Development Forum for Education is comprised of all standards development workgroups, the Change Control Board and the Technical Advisory Board.  The Steering Committee oversees all activities of the Standards Forum and the Chair reports to the PESC Board of Directors.

- Seal of Approval Board

The SAB governs the voluntary program offered for implementers of PESC APPROVED STANDARDS to indicate a uniform level of implementation according to the original intent and spirt of development efforts.  The SAB follows a formal process governed by specific policies and procedures, and is comprised of PESC members appointed by the Board of Directors.

- Admissions Workgroup for the Standardization of Recruitment Data

The workgroup is an open, collaborative development group whose goals include standardization  of recruitment data from vendors and providing tools and resources campuses can use to improve the quality and usefulness of vendor data imported to their databases.

While policy leaders continue to drive and facilitate the transformation of credentialing, this task force is monitoring this transformation and community progress in order to prepare PESC for any new standards as well as any extensions or additions that might be needed to existing PESC APPROVED STANDARDS.

The Data Protection & Privacy Task Force is an open collaborative group ​spanning policy, practice & technology serving as in information clearinghouse for the education community focused on technical implementation of data privacy & protection rules and regulations​ ensuring PESC is prepared for any corresponding standards development and maintenance of PESC APPROVED STANDARDS.

ERUG governs all admissions and registrar-based PESC APPROVED STANDARDS including XML, EDI, PDF and others works closely to guide all agreed-upon changes through the CCB and TAB; and is comprised of PESC members appointed by the Board of Directors.​

Since 1997, PESC has hosted many groups and initiatives.  Some groups have morphed into other groups, while some accomplished their tasks and ended. and others were terminated due to lack of interest and/or funding.

across educational sectors to

Strive to bring much needed

clarity and coherence to the

on current initiatives and

on one common cause or interest.

working together through PESC

in 'co-opetition' - that is

PESC GROUP
meetings are held regularly weekly, monthly and/or quarterly by voice and/or by webinar;
while they convene in-person

at April and October Data Summits. 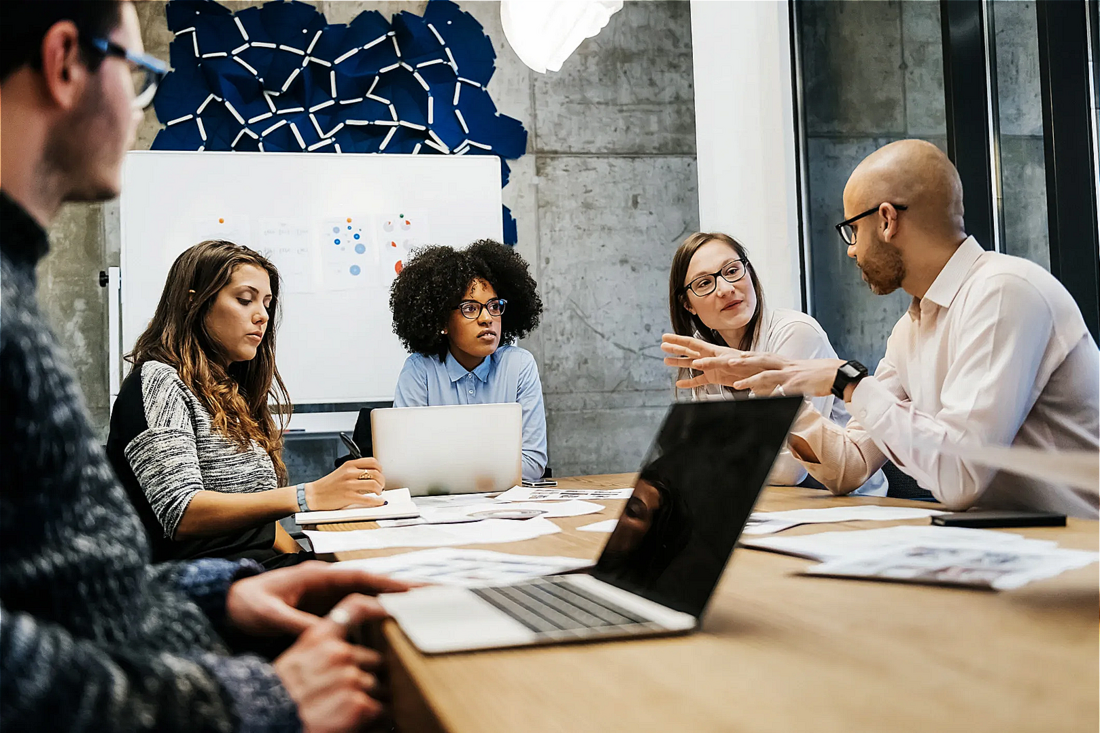