In response, the Board Response to the XML White Paper recommended the establishment of a permanent group to address XML development.  On August 4, 2002, PESC launched the Standards Forum for the Education Community.

This page includes all PESC Approved Standards - on one page.

Note:  The Statistical Networking Applications Project (SNAP) has published a comprehensive implemetation guide for data exchange between and among PK-12 schools/districts and colleges and universities. These two editions are fully compatible.

eXtensible Markup Language. All XML standards are listed below.  XML, an offshoot of Standard Generalized Markup Language or SGML, is a programming language created in 1998.  PESC Approved Standards in XML, governed & maintained by PESC, are comprised of:  XML schema, Implementation Guide, Instance Documentation.  Dependent on when developed & released, each is based on a specific version of:  the Academic Record Sector, Core Main Components, & PESC's XML Technical Specification.

are made available openly and free of charge for education and workforce, health and medical, military and government, and all teaching and learning communities - the cornerstone principle of PESC, PESC's Mission and PESC's Membership.

are Workgroup developed, proposed, approved, ratified and maintained through an open, transparent, rigorous, community-based, collaborative process, including a public notification when development initiates and a formal 30-day public comment period before approval, all governed by PESC Members.

are platform and application neutral; used, implemented, adopted and integrated in systems, networks, applications, products & services; are hub and spoke and web services friendly; support a transaction or business process;​ and, can be implemented or used one independently from another.​​​​​

Note that while PESC has adopted certain EDI standards as PESC APPROVED STANDARDS and hosts corresponding EDI Implementation Guides, users must obtain the EDI standards from the American National Standards Institute (ANSI).  For more information, please see the Introduction and Overview of SPEEDE/ExPRESS. 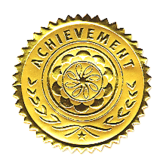 ​EDI or Electronic Data Interchange.  All EDI Standards are listed below.  First introduced in 1968, EDI is a technology for exchanging organized or structured data, using agreed upon protocols and standards from one computer system to another without human intervention. While PESC has adopted certain EDI standards as PESC Approved Standards and hosts all corresponding EDI Implementation Guides, users must obtain the EDI standards from the American National Standards Institute (ANSI).  For more information, please see the Introduction and Overview of SPEEDE/ExPRESS.